Should modern trade shows include “booth babes”? We were recently asked to comment on this topic by the BBC.

Their report covered the controversy surrounding booth babes at the Business Show 2019 in London. It featured comments from various individuals (trade show attendees and exhibition organisers) who vocalised their concerns about this bygone practise, including our Managing Director, Lee Ali:

“If businesses want to get the most out of exhibitions, they have to move away from outdated tactics like asking promotional staff to wear revealing outfits.

“It’s not only sexist and inappropriate, it’s embarrassing and makes people really uncomfortable.”

Let’s take a closer look at why the use of booth babes is not only outdated and offensive but a fast way to drive potential customers away.

Spencer Chen, head of marketing and growth at Frontback, recently did an experiment for Tech Crunch to prove this point.

He measured customer conversions at a CES conference at two different booths. The company that used booth babes generated a third of the foot traffic and less than half the leads while the other team generated over 550 leads (over triple from the previous year).

He replicated this experiment a few more times and got similar results. What is it then about booth babes that drive customers away?

Businesses that are seemingly stuck in a bygone era use conventionally beautiful women (and sometimes men) to lure attendees to their booth.

A booth babe’s purpose is to look ‘sexually appealing’ and that puts them straight into the objectification pile. Naturally, this doesn’t sit well with the majority of people from the 21st century.

People aren’t commodities and most of us don’t like being reminded of such damaging and toxic views from a less enlightened era. So, when a business decides to use this archaic tactic, it’s likely the only visitors they’ll be attracting are lechers not quality leads.

It Smacks of Desperation

If a business needs scantily-clad models to parade its products, chances are people are going to think the goods aren’t worth their time. It just makes you look desperate if the product can’t sell itself.

Also, modern trade shows are supposed to be about engaging your audience, growing your network, showcasing the latest technology and setting the bar for innovation. Not about who can get the best selfie with the most attractive model. Use booth babes and your stand becomes a gimmick when it should be an opportunity to make a powerful impression.

Booth babes are walking billboards, not expert lead generators. Most aren’t trained in the art of customer conversion – they don’t know how to qualify leads or conduct meaningful conversations.

As a result, you’re much more likely to get time-wasters than potential customers. And if by some miracle you do attract a quality lead, your booth babes won’t know how to secure their interest to continue the conversation beyond the trade show. In the end, it’s doubtful you’ll see a return on all that money you invested to exhibit using this strategy.

It Can Alienate Potential Customers

This marketing ruse might be effective for anyone who’s sexually attracted to a booth babe. But for everyone else, it’s 100% alienating.

Georgina Ustik, writer for The Next Web, pointed this out after recently attending Computex, Asia’s largest IT trade show:

“Walking around the trade show, it gradually settled in that this conference was not made for me. It literally was not designed for women.”

Especially in male-dominated fields like tech, this can be a massive problem. It isolates potential customers AND insinuates that the only women who belong at tech-base trade shows are the ones flaunting their skin at their booths.

A Ban To Get Onboard

More and more trade show attendees are calling out businesses for their use of booth babes.

This is exactly what we want – by raising awareness surrounding the objectification of women at trade shows, exhibition organisers are more likely to take positive action.

For example, thanks to the BBC article we mentioned earlier which caused quite a stir, organisers of the Business Show 2019 took the opportunity to apologise and reevaluate their stance on the subject:

“We would like to thank those who pointed out this issue as this is a great opportunity for us to better our business practices.”

And they aren’t the only ones to do this. In recent years, issues surrounding the use of models at trade shows have led to bans or stricter guidelines at E3, ICE Totally Gaming, Pax, ChinaJoy and CES – a brilliant step in the right direction.

Now that you’ve been armed with all the reasons why booth babes are bad for business, it’s time to think about the alternative.

As we’ve mentioned in this article, you need to focus on marketing strategies that actually work, like an effective face-to-face engagement plan for your booth team.

We have heaps of resources to help you nail your engagement strategy to increase customer conversion at your future trade shows. To get you started, check out these top tips from exhibitor experts. You can also read our recent blog on this subject. 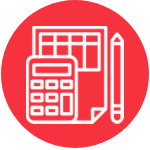